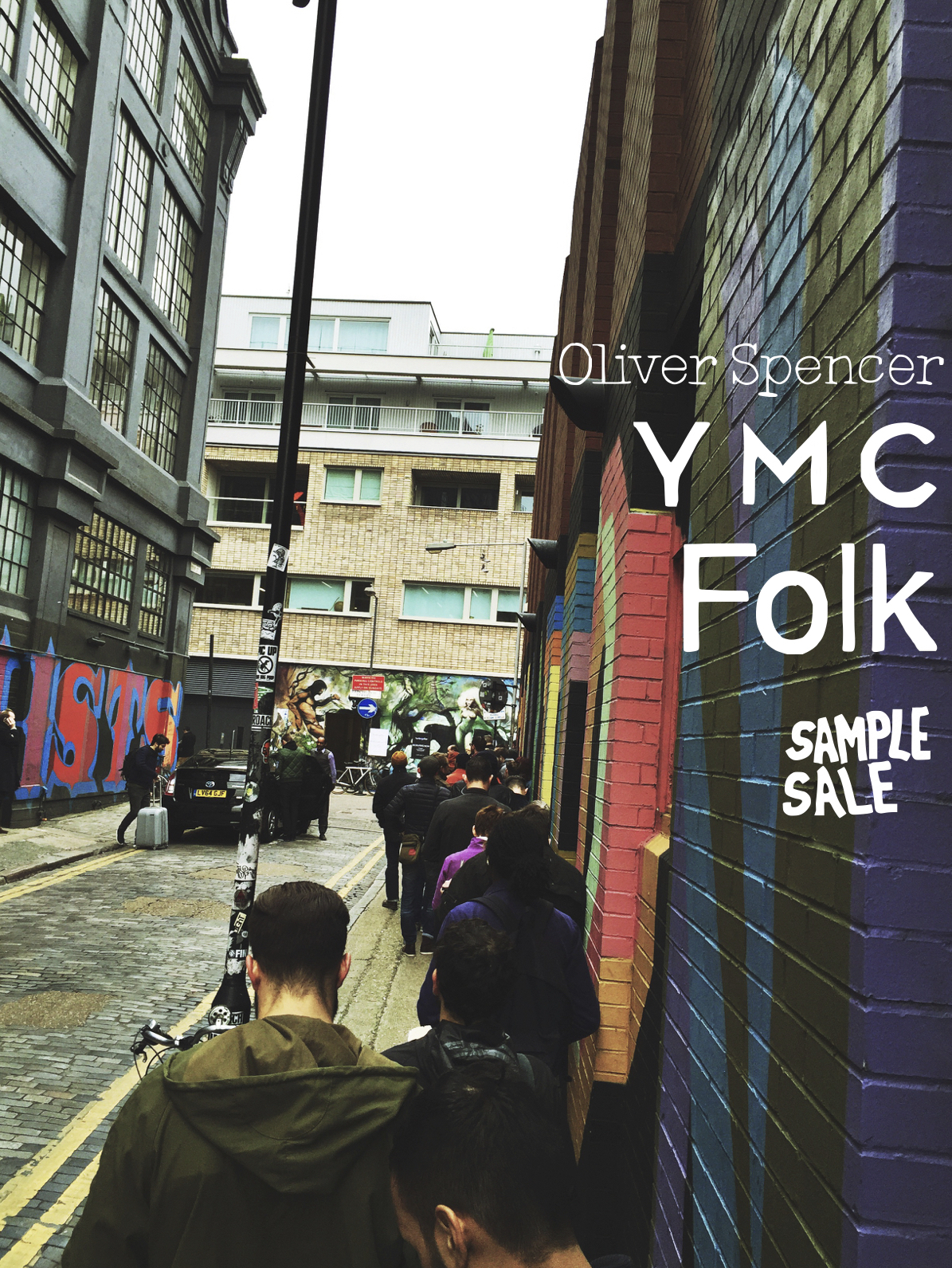 “Excuse me.” “Sorry dude.” “Sorry bruv.” Three people excusing themselves past me, in different directions, simultaneously. Such is the cut and thrust of the Folk/YMC/Oliver Spencer Sample Sale. Absurdly middle-class patrons, desperately wanting to avoid offence, while just as desperately wanting to swag the best shit for themselves. It happened at the weekend. I went. Twice. Here’s the dossier…

As you’d expect, the place was woolly with beards, bumping with rucksacks and chocker with reductions. Folk hats a tenner. Current season YMC shoes 50 coins. And 90 quid for Oliver Spencer Made In England shoes. Because the prices are so low, you actually bang-through your papes more quickly than you would normally. Your taste levels wilt and stuff you’d never pay full ticket price for, starts to look mad-wise.

You get all these sweating bros asking the tillsmen to hold onto something while they dash out for more cashmoney. And most irritatingly, you get all these wangsters hurriedly piling up towers of garms in the corners, just to make sure no one else buys the things they might want to buy, at some point, later, when they can be bothered to decide. For a bunch of (presumably) liberal, Guardian reading, artisan granola crunchers, the Sample Sale crowd can be fucking mercenary.

These sales are the bomb though. Twice a year. A quid for charity to get in. And more menswearism than your wallet can handle. There’s more women’s stuff too – particularly YMC. In fact, I dropped more on my boo than I did myself. Maybe I’m not mercenary enough to fight it out with the beardlords anymore? I just find it’s easier in the women’s section. It smells nicer too.