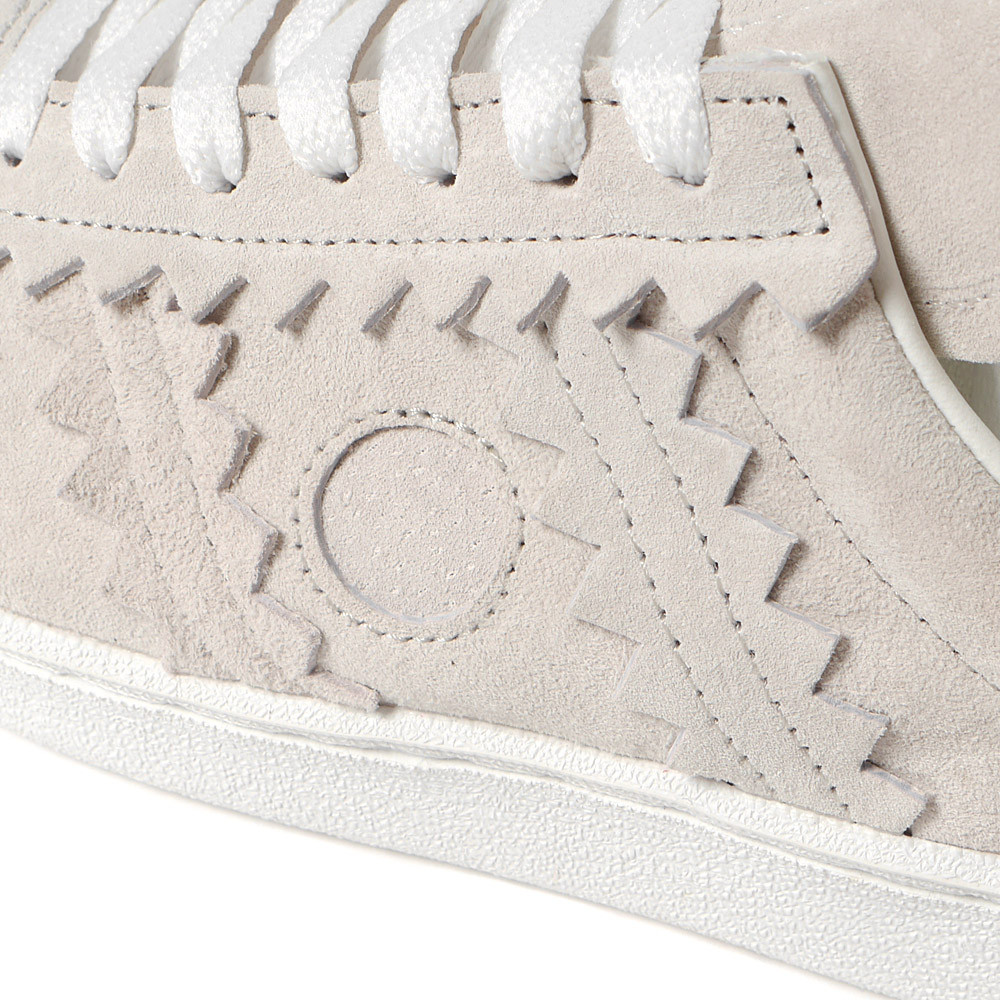 A sneakerbro on the fence can easily get seduced by the unyielding drops of Spezials, Consortiums and Neighborhood colabs right now. A day doesn’t pass without some e-propaganda from End, bigging ever more niche colour-ways and co-productions.

I’m all about keeping it on the simple. I like plain white. Obviously, Converse (1970 or otherwise) Superga, Vans and Spring Court are too standard for the enterprising kicksman. And while I’ve been hyping Novesta and Eytys, once you’ve done ’em, worn ’em and scuffed ’em, well, what’s next?

This is a bit of an event sneaker. It’s not as day-to-day as a plain pair of Novestas. There’s a pinking shear party going on. A toothsome medley of suede zig-zags, plus a circle detail so anonymous as to have even serious footgear boffins twirling their beards as to their origin.

They’re by SASQUATCHfabrix. Japanese, of course. And you can pocket them over at Haven. They work out at around 136 UKs, which is a ditto on the price of leather Eytys. Thing is, Eytys have been rocking Grazia’s fashion charts for a month or so now, which inarguably reduce their steez level to that of a Michael Kors handbag. Which is a pisspie, because I’ve got two pairs.

These SASQUATCHfabrix are the revolutionaries choice. The only probs? The UK winter. There’ll be a serious face-off between the pristine, pale suede fangs and the slush sodden London byways. I might well drop for these anyways. Fuck it, I’ll go war with winter. With a can of suede protector and pocket full of baby-wipes.