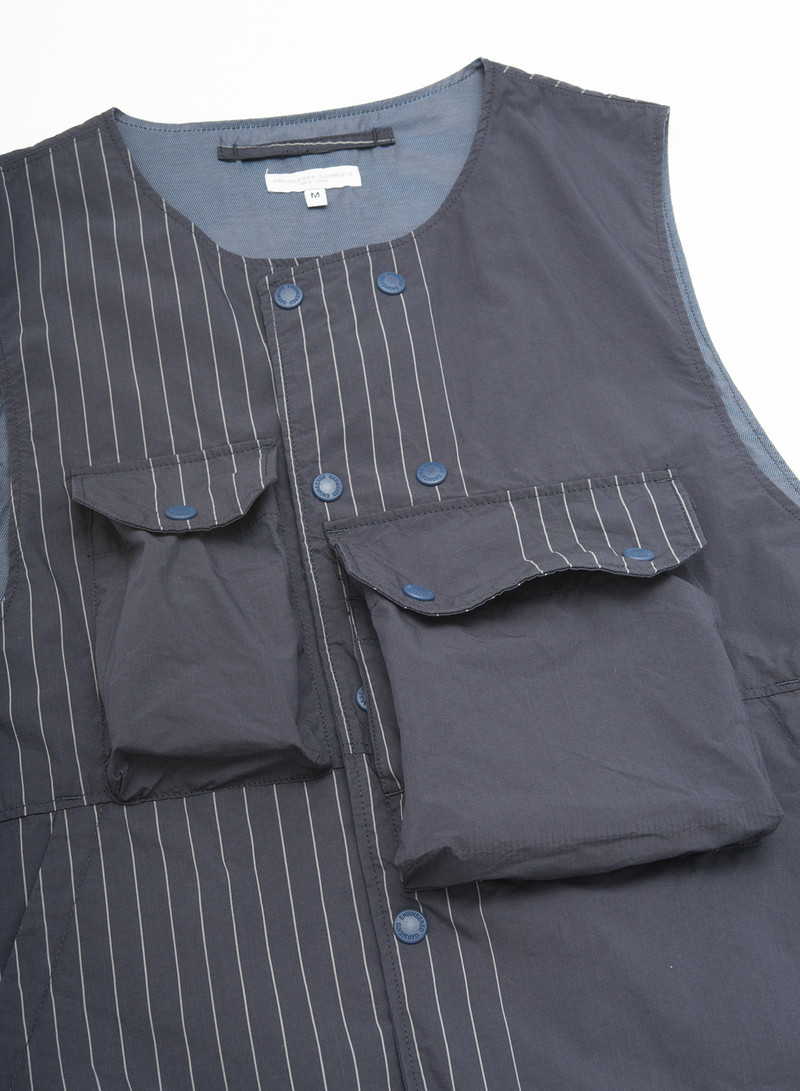 Comfortably numb or uncomfortably numb  — I can’t even tell. Everyone I know is so cold they’re wearing two pairs of socks. Bridgerton is ancient history. It was The Pembrokeshire Murders for five minutes.

This week I watched four wannabe Ant Middletons miming diabolically to a fucking sea shanty. On paper they’re a sickening quartet of lobotomized clones  — deluded exhibitionism, H&M-level taste, meaty cocks proudly folded and vacuum sealed up front. It’s precisely the kind of spectacle that would usually freeze me with fury. Yet I felt nothing.

I look at this new vest thing from Engineered Garments and nothing happens. I mean, it’s a smart looking piece no doubt. But seriously (and I know I’ve covered this ground before) what would I do with it? Surely autumn/winter 21 will be in stores before we even get a sniff of ‘normal’ life again.

This “Gangster Stripe” seems to be coming from the same place as last season’s “Chalk Stripe”  — in that the position of the stripes isn’t consistent, leaving plain areas to work as a kind of negative space. This kind of asymmetry of pattern is always a short-cut to modernism and here, on the softer, washed out blue, it works well: the perfect summer cover-up.

This is a new version of the EG ‘Cover Vest’ and while Nepenthes London suggest it’s had “some slight alterations”, it looks more like a complete overhaul to me. It’s no longer a pop-over for one. The piece is now button heavy (at the top they double up 60s style) and the single front pouch has been replaced with two pockets; lopsided, one big, one small. This results in something that feels far more dressy, less absent-minded pull-on, more considered part of a whole look.