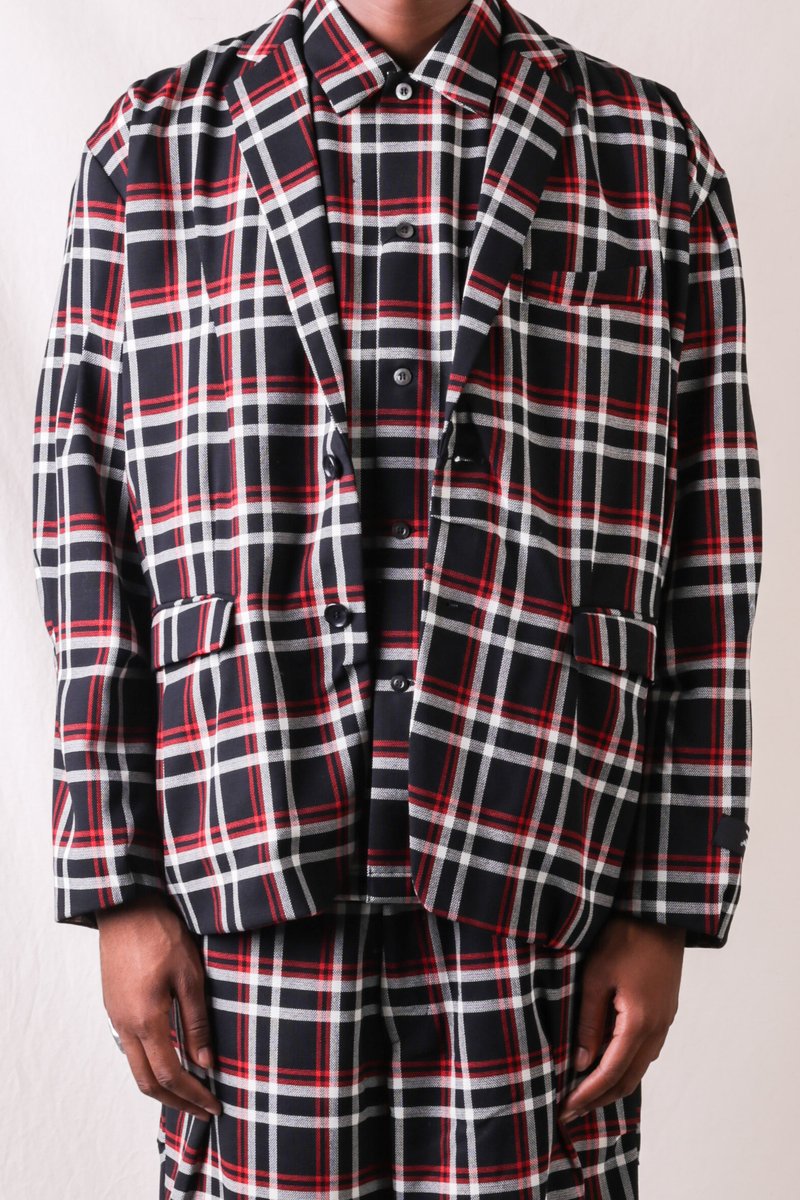 Where do you stand on an outfit made entirely from one fabric? Is it, as the old joke has it, as far away as possible?

It might be on-trend right now, the whole matching trousers or shorts and shirt or jacket, but I don’t know…? A suit I get, obviously. But when you’re talking about a full human carpeting in one hazardous pattern (like in this collaboration between N. Hoolywood and Undercover) I’ve got some issues.

I mean, who’s the target market? Harajuku kids probably. But I live in Peckham. And while I like N. Hoolywood and (to a degree) Undercover, I have to wonder… would I be okay picking up my Snappy Snaps prints in this? Or heading to the ‘world famous’ Khan’s Bargains for some screws? Or enjoying a battered animal part in Roosters? I’m not entirely convinced the N. Hoolywood/Undercover lifestyle is compatible with my own.

You’ve also got to question whether a full-body membrane doesn’t fuck with the fundamental concept of individuality in dress? If the prescription is a total coating in one violent plaid, where’s the personal flair? Are you really going to add a mismatched hat to this? Or even some sunglasses? You’d look like a Vivienne Westwood tribute act.

For the interested, the whole shebang — jacket, shirt and trousers — are all sold separately over at NYC’s mighty Blue in Green. They use a check from Undercover’s archive and are produced in 100% wool. The trousers and jacket have been tacked in places to provide an uneven fit, inspired, as Undercover frequently is, by 70s punk culture. There’s also a little tag on the sleeve, just above the cuff, it says: ‘Rebel Fabric’. It’s the sort of makers tag you sometimes see anuses leaving on their business suit — presumably under the illusion it shows off their wealth and taste. I don’t think I could wear a jacket with a makers tag on it, even if, as here, it’s intended to be left in place.

All of which suggests I’m down on this ensemble (if there was ever cause to use the word ensemble this is surely it). And I am, from a personal perspective. But I’m also not —  from a freewheeling, anything goes, do what you love perspective. I couldn’t walk around looking like an old punk. But you might. And if so, all power to you. I’d avoid the Nags Head on Rye Lane though if I were you. They don’t take kindly to different in there.