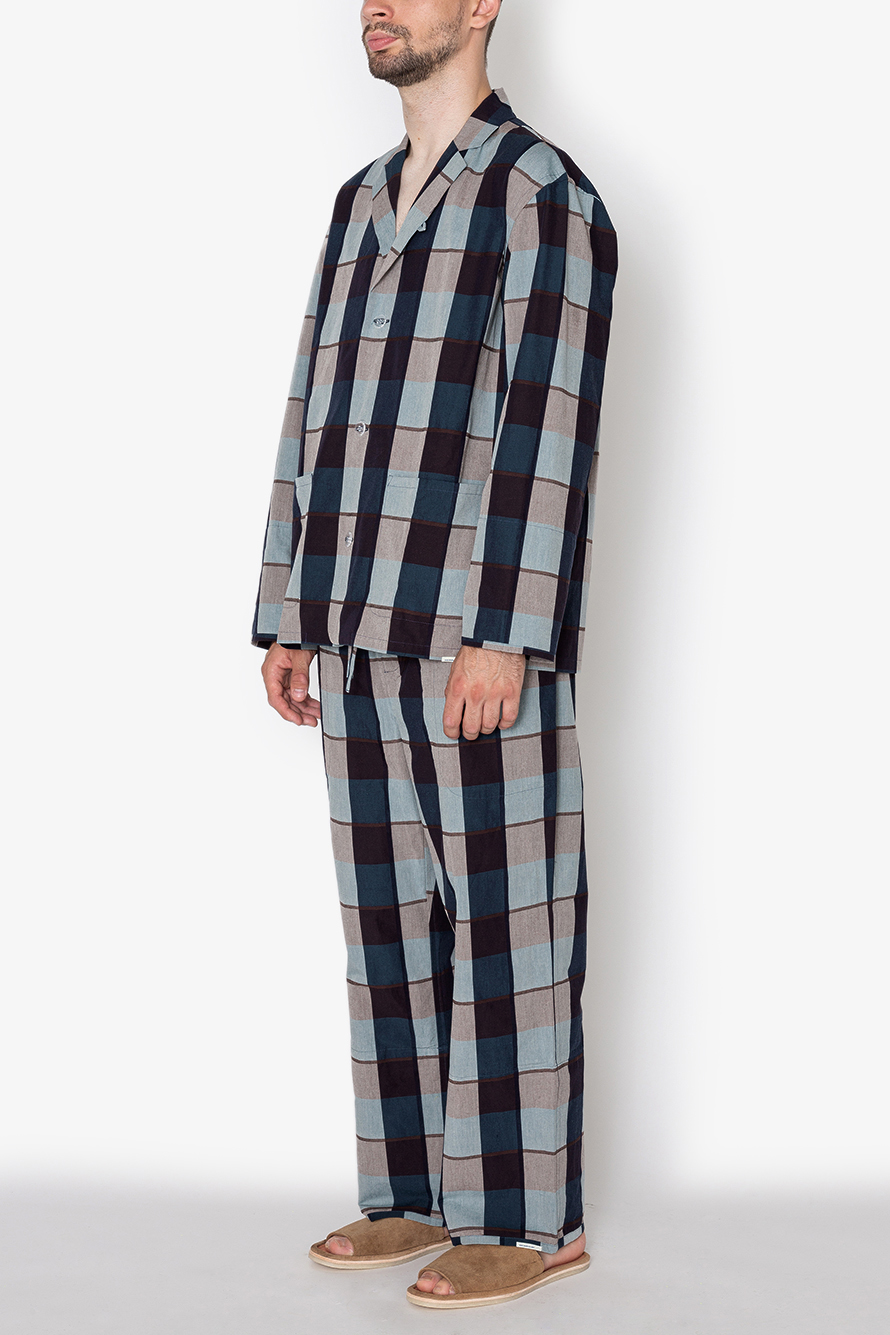 How’s it going for you in the Divided Kingdom? I had a discussion with a Leaver last week. I say ‘discussion’, but that suggests an exchange of ideas. What actually happened was I attempted, as diplomatically as I could, to explain why I thought it was a little unclear what positives might come from leaving the EU. My fellow discussee responded by clamping his hands over his ears, making a noise like the war cry of a Comanche chieftain, while sporadically shouting, “I can’t hear you”. Quite the spectacle from a man in his 80s.

Of course, such things are now commonplace. There’s a liar in the White House. There’ll soon be one at Number 10. Truth is on sale. Facts are now like fashion, 50%-70% off for the foreseeable.

Where am I going with this? I’m not entirely sure. I’m depressed. There’s a picture of a set of ridiculous bed-to-day pyjamas at the top of this post, and here I am spending my time further entrenching myself in vitriol towards people who voted differently to me. According to thinkers, sensible people, this is precisely what you’re not supposed to do. Take the emotion out of it they say. Rely on the truth of record. But if facts are impotent, what then? In my experience, even asking a Leaver the reasons why they voted leave is enough to provoke a hiss of steam from their ears.

Fuck me. Did it feel like this during Nixon’s reign? Is it worse? I recently read about Nixon and the collapse of his presidency. In doing so, you can’t help thinking about Trump of course. But then add in Johnson, climate change denial, the steady fracturing of capitalism’s competency, the normalisation of austerity, playground insults from heads of state, blame hurled at immigrants and the LGBT community, the sound of populist drawbridges being raised across Europe. Nixon was bad, this is altogether something else.

Of course, it’s easy to equate a large percentage of Leavers and Trumpists as little more than teeth-grinding peons, waving burning torches in the direction their propaganda of choice has instructed. And let’s be honest, it’s also frequently satisfying. In the absence of being actually able to do anything about anything.

But of course the truth (contrary to how the majority of our ruinously biased press has it) is nothing is black and white. It’s all grey. The whole thing. As unappealingly grey as a boil-in-the-bag cod. Yet inconveniently, that’s where the detail lies. Amongst the bones, the bits of skin and the unidentifiable blobs of weird jelly. It’s inconvenient to come up against facts that contradict your beliefs, but if you want (and any sensible person should want) you can take the time to learn something new. For example, you can learn why historical US laws preventing home ownership had an appalling impact on generations of black families  – leading to (duh) poverty, crime and so on. If you’re of a mind, you can listen to former Vote Leave staffer Oliver Norgrove explain to James O’Brien his shame at discovering he was part of a, “deliberate and systemic campaign of political lying.” You can dig into the truth surrounding Trump’s failed businesses, and the disgruntled and frequently ruined contractors left behind. Sadly for many, that all seems too much like hard work.

“If any objective, sensible person actually thinks about these issues…” says Oliver Norgrove, before pausing and apologising for sounding patronising. And I guess it does sound patronising. But then, (whisper it) maybe that’s okay? If one side is broadly motivated by provable facts and the other solely by what they already believe, then discussion is pointless.

Yes, I realise I’m not really adding much to the national conversation here. As I say, I’m just feeling a bit despondent. I keep hoping for a lightbulb to go off amongst the Leavers. Hold on, they told us it’d be simple to get a trade agreement and it wasn’t. Whatever happened to the 350 million a week for the NHS? Why did no one mention the border with Northern Ireland before? I’m still hanging on for that Mitchell and Webb moment. The one where Leavers countrywide all stop and think – hang on a minute; anti-gay, anti-immigrant, anti-EU, anti-truth… are we the baddies?

Here’s a link to those pyjamas.