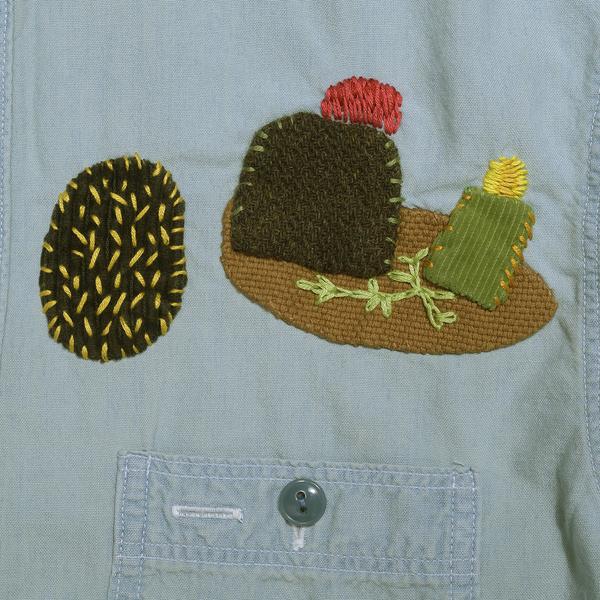 Some garments demand curiosity as to their target wearer. This is such a piece. I can’t help but consider the occupation, social standing and philosophy of the kind of man comfortable in a chambray shirt covered in crude, felt cactuses?

Yes, this is Kapital, again. I know, I know, but look at this thing. I guess some might consider it a whimsical, even comedy garment, but I don’t. ‘Witty’ clothes? Give me a break. Anyone remember that 90’s Moschino jacket with the words ‘waist of money” embroidered around the midriff? I whooped myself horse for exactly 0000.0 seconds over that one. Point being, this is not a comedy shirt. I won’t even concede it’s playful.