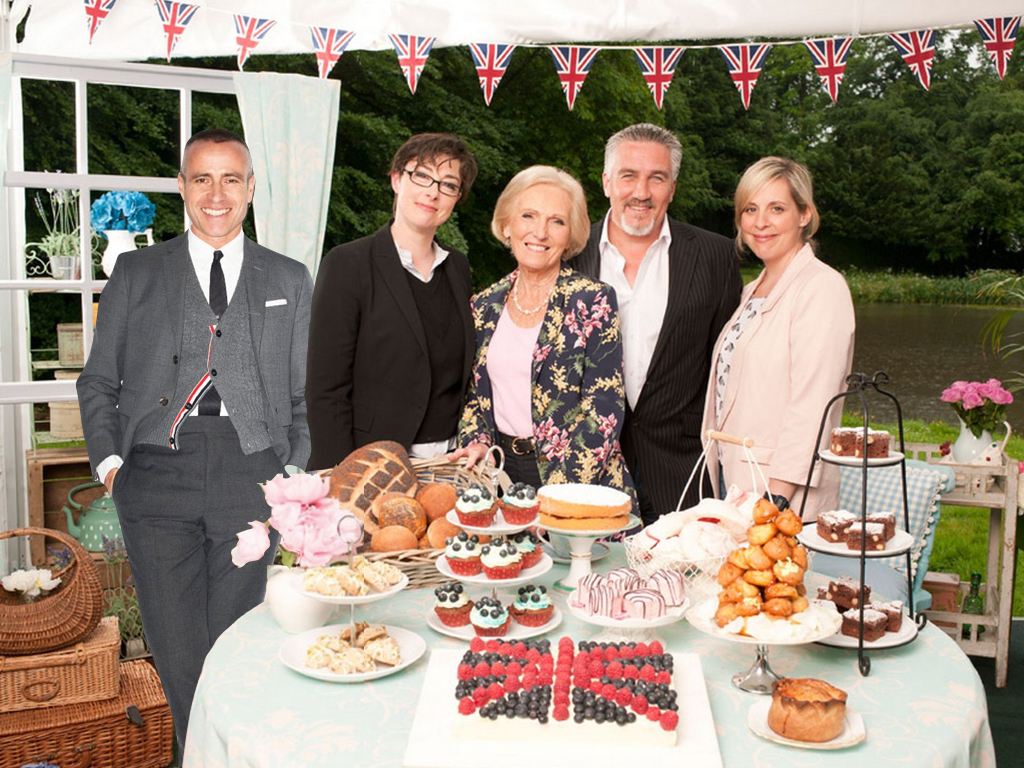 My bro (by which I mean my actual brother, rather than my usual despairing attempt to speak street) amuses me. When cooking, he has taken to saying shit like, “now, I’ll just pass it through the oven.” I’m no foodsman, but as I understand it, he’s saying, “I’m putting it in the oven.”

I gather “passing things through the oven” and “showing something the grill” are currently buzz-phrases in the world of TV gluttony jousts. You know the sort of thing, Bake Off, Masterchef, that whole world of octopus lollipops, edible balloons and microgreens shocked in an ice bath.

The latest Thom Browne drop over at End contains few surprises, but a couple of fresh tricolour deets that you’ll inevitably see on some peacocking attendees at the forthcoming menswear shows.

This classic oxford features Browne’s signature stripes on the collar, while…

Thom Browne is very much a designer. Not so much an artisan. He’s a creative. A creative who creates the same slim fit tailoring with red, white and blue trim every season. Of course it’s mad desirable. And the nauseating 300 quid price tag for a chemise doesn’t hurt that cred. I’m just not sure if Browne’s work is a bit fussy for now. A bit pressed and precise.

Oh whatevs. What do I know? I’m banging on with faux authority. I own exactly no Thom Browne. Unless you count some pieces of his Black Fleece range for Brooks Brothers, which I doubt anyone does. I’m off to pass myself through the pub.