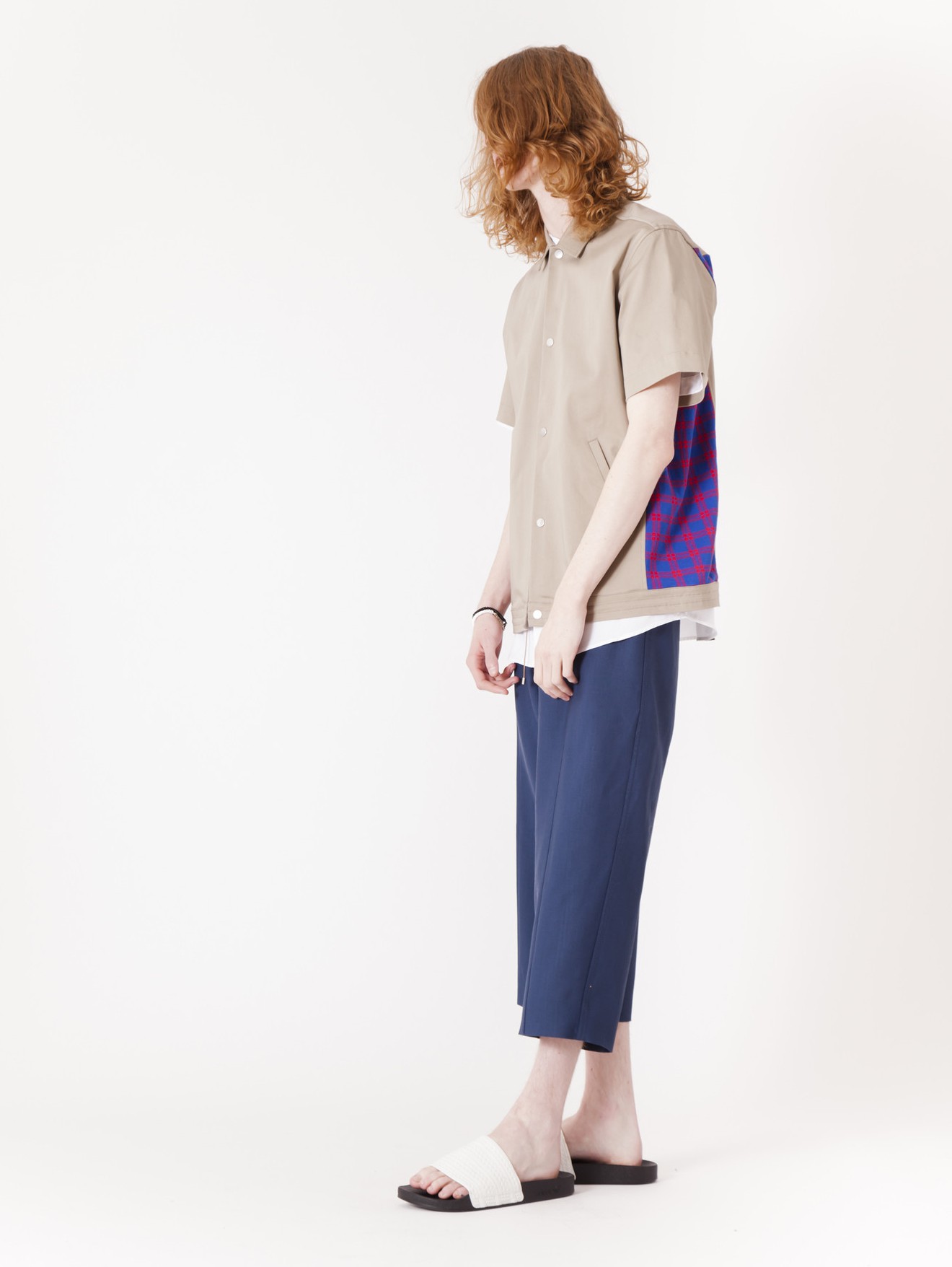 Keen observers of #menswear may well look upon this garment and decide that it’s a shirt. A short sleeved shirt with some blue and red stuff down the sides. A fact that illustrates just how little, as a keen observer of #menswear, you actually know. This is clearly a jacket foolio. I know this, because it says so here.

It’s called the Mara Jacket and it’s by OAMC. And even though it buttons up rather like a shirt and it’s got short sleeves like a shirt frequently has, and jackets rarely have, it’s a jacket. It’s called a jacket. And in case you were still on the fence, they’ve gone and priced it like a jacket, so there can be no confusion. Hold tight jackets-that-look-like shirts-but-definately-aren’t fans, this thing will rupture you a grotesque £523.

Course, you get what you pay for. And in this instance you’re paying for a garment ripe with fashionably obscure references to indigenous peoples. According to retailer Union, “OAMC draws inspiration from the Maasai people of Tanzanian and Kenyan, but in a very subtle way…” I’m assuming this subtleness extends to Union’s approach to proofreading – one assumes they meant Tanzania and Kenya?

Grammatical gaffing aside, I still struggle with the whole, “but in a very subtle way“, description. Union go on to say that, “the Maasai people have a very distinct way of dressing that involves bright red and blue colors, check patterns…” And I don’t know about you, but to my mind, there’s little subtlety to the large panels of red and blue check on this thing. Oh what do I know? At first glance I thought it was a shirt.