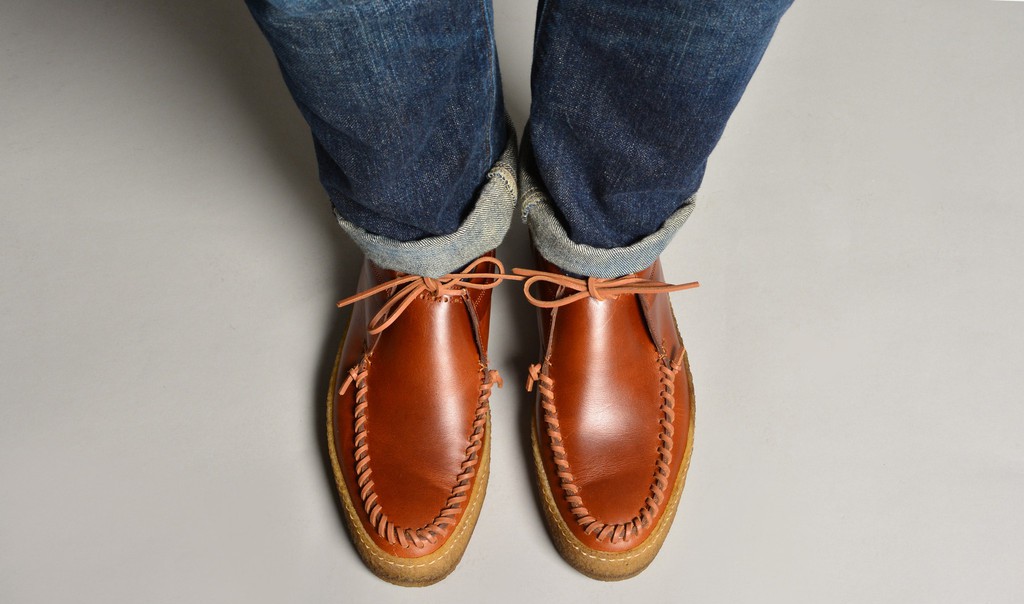 So do you like trees and that? You know, woodlandy, badgery, twigs and sticks and bracken and stuff? It’s great isn’t it. All that fresh air and ponds. Fishing, hiking around, making traps for small animals, skinning them, cooking them over a fire, hiding in a tent, waiting for lone ramblers to murder with a pair of shears. Fabulous.

Can’t stand it myself. I don’t like the outside. As far as I’m concerned forests were just all man had to play with until the internet was invented.  And now that it has, I never have to go to one. I can just Google pictures of forests if I want. Although I never do. Why the fuck would I? These shoes look woodlandy. I’d probably wear them. But not in the woods. Just down to Lidl and back.

These styles have been banging around for ages. I could have sworn I killed a man wearing these in Nam. They’re by Northern Cobbler and called Scabbard. Which is a sheath for carrying a sword or large knife. Not sure who Mr Naming is over at the Cobbler, or why they thought Scabbard appropriate for a shoe that resembles a Ginsters Bake, but there you go.

They’ll run you 205 over at their site. As will this alternative, still safely within the ambling-brambling genre…

See that mini-fringey thing? Well, design-wise that’s derived from a ‘kiltie’, a fringed piece of leather usually found on golf-shoes to protect the laces. In this instance, it protects nothing and serves no purpose other than looking a bit too small.

Prefer the darker sole on these though. The trouble with the lighter gum soles on the first pair are that they don’t half get grubby quickly. Particularly if you’re rooting around in some ferns looking for a badger’s nest. Or mound? Or whatever the fuck it lives in.